I’ve been meaning to sit down and write this blog post for months now… and I have kept putting it off, telling myself that it’s because I’m so busy and there simply aren’t enough hours in the day … but the truth is that I’ve been hesitant to do it because: in my experience – when you presume to know better or have any ‘one and only’ answer which can be applied as a golden rule … you often end up either hurting other people … or being proven wrong about the very thing you felt so overzealous about defending. This is why so many mothers are left feeling guilty / jealous / inadequate: they read what other moms are doing & start comparing their own ‘behind the scenes’ to someone else’s (often styled) public image.

Any journey has ups & downs, and anyone who is, or has ever been in different stages of the adoption process will be able to testify to this. I certainly can.

And so here I am … writing about my experience … Not claiming that it’s the ONLY way … but it is A way … and if, in reading this, you identify something which helps you on your journey then you’re the reason why sharing this story is worth it … not as a comparison … but simply an encouragement.

DECIDING TO ADOPT AND THE LONGING TO BREASTFEED OUR BABY: 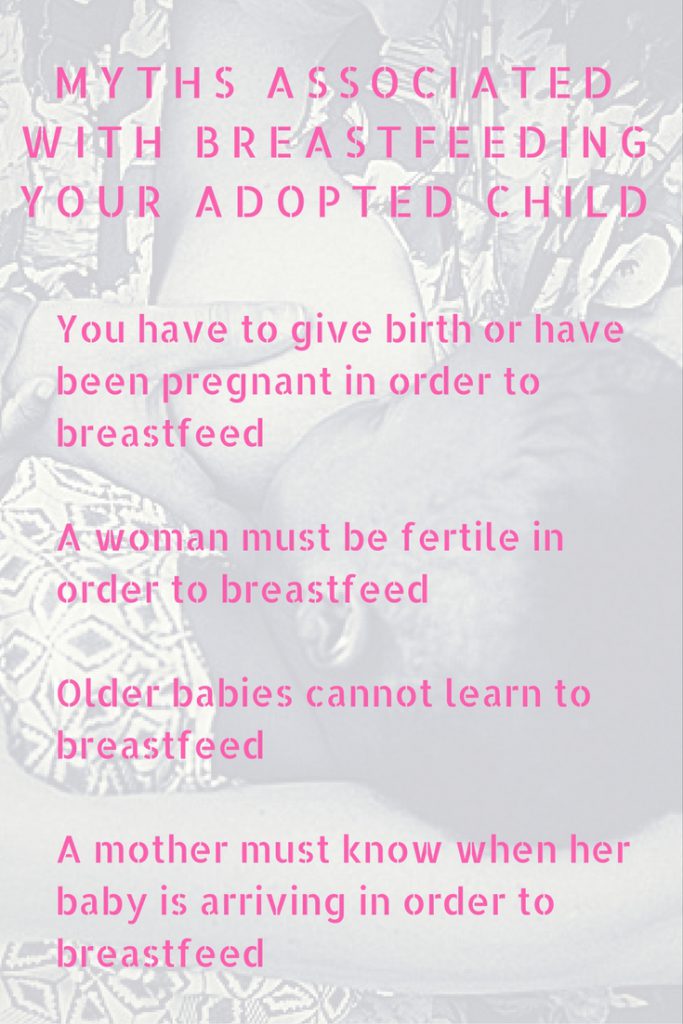 We had been speaking and dreaming and praying about adoption for a while (almost a year to be exact) before finally filling in the initial documents and going to see ProCare. I always knew that breastfeeding was something I was strongly in favour of – as I had previously breastfed our biological daughter for about 17 months – and had experienced the health benefits, as well as the bonding it fosters between mother and child, first-hand. Because of the waiting period in South Africa (where the birth mother has an opportunity to change her mind about the adoption) I realised that our daughter would probably only come home when she was about 3 months old. Not being with her from birth made my heart ache to be with her even more and I was determined to connect with her in whichever way I could, as soon as we were able to.

I had mentioned the desire to breastfeed our new baby to a midwife friend, who put me in contact with a fellow-adoptive mom. I remember being so overwhelmed by the fact that this stranger agreed to have coffee with me and tell me all about her experience.

This was the start of a long list of woman who would eventually walk the road alongside me … helping me move forward one (often tearful) step at a time.

I then met with Jean Ridler, a lactation specialist, who talked me through the entire process of inducing lactation and started the protocol about 2 weeks later. It’s important to mention that there are different protocols and speaking to a professional about which route is best for you is essential. It is possible to induce lactation without taking traditional medication.

I followed the protocol where you take the birth control pill (taken without the week of placebo) to simulate a ‘pregnant state’ (no period) before stimulating milk production. This basically means you are tricking your body into thinking that it is pregnant. Birth control is taken in conjunction with a drug (I used Domperidone and Motilium) which increases your prolactin level. After about 11 weeks I stopped taking the birth control pill (all the while continuing with the Domperidone), which caused me to have my period once again, making my body believe I had given birth.

I could now start expressing milk! This started off very slowly. Literally a couple of drops at a time. But I persevered (expressing every 3 -4 hours) – thanks to the encouragement of friends who listened, wiped my tears, and sent me articles about other adoptive moms who had gone through the same thing.

I remember a conversation with a friend who let me cry in her ear on the phone and responded with: “the thing that is so amazing to me – is that you haven’t met this child yet … you don’t even know if she’s been born … and you love her so much already that you’re willing to go through this for her”. This gave me such a helpful extra measure of encouragement! 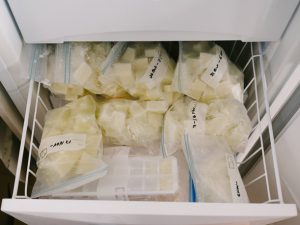 And after some time … THERE IT WAS! 20ml of breastmilk. My very own breastmilk! For my very own baby! Once I could express a significant amount I started saving all the expressed milk in an ice tray in our freezer … Once I had filled an entire zip-lock bag full of milk cubes I sent a picture to friends in delight (I still couldn’t believe it was real!). I froze milk in this manner for about 3 months. We went from one bag … to two entire filled trays of breastmilk!

I even travelled to two different provinces with my cooler bag full of frozen milk in hand at one point. An incredibly generous friend of mine (who was weaning her child off of the breast at the time) expressed some additional milk which she froze and donated to help me stock up.

And then … WE GOT THE CALL! Our baby girl was ready to come home!

On the day she came home – she latched. I was in constant floods of tears. SO happy. SO astonished. SO grateful.

And then … nothing … she wouldn’t latch after the second day … I felt very discouraged, but remembered that Jean had told me in our very first meeting how important support would be. So I reached out to her once again and through her loving and kind guidance we were able to put into motion a plan which introduced my daughter to my breast, rather than the bottle she had been used to for the last 3 months.

And … IT WORKED! She latched (cue some more crying from both my husband and myself!). She started drinking fast & furiously and these moments with her are ones I feel so incredibly thankful for.
I am humbled by all the amazing women (and my husband) who supported me so incredibly during this time.

I breastfed our daughter for 6 months.
Was it hard: YES!
Would I do it again: ABSOLUTELY! 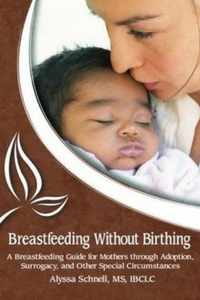 6 Replies to “Breastfeeding Our Adopted Daughter”