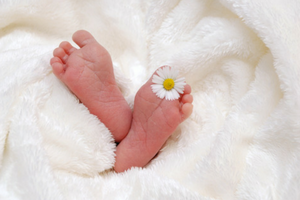 Did you know that the USA is one of 4 Countries in the world that does not Guarantee their Moms Paid Maternity Leave?

But if you live in America, don’t despair, you can always move to one of the States that has Paid Maternity Leave Laws in place.

Just in case you were wondering, the other 3 countries without mandated paid maternity leave are Swaziland, Lesotho and Papua New Guinea.

What really interested me, was the countries that offer the Best Maternity Leave Policies and whether that has an impact on breastfeeding rates and the duration of breastfeeding. Turns out it doesn’t really.  Sadly.  In most cases, it seemed to make no difference at all.

In my research, I found huge variations in data on different websites.

I found this info on Webforum.org – this article was published in August 2016: These 10 Countries have the Best Parental Leave Policies in the World

Wow!  I don’t know about you, but I’m keen to pack my bags and move to Lithuania!

The following information is gleaned from the OECD.   There’s a great article on the Epoch Times, 28 April 2016 explaining how the OECD’s full rate equivalent (FRE) calculation.  “This FRE number is equivalent to “the length of the paid leave in weeks if it were paid at 100 percent of previous earnings. So while the United Kingdom offers one of the longest maternity leaves, if a British mother opts to take advantage of all 39 weeks available to her, only 33 percent her gross average earnings will be paid out to her over the 9 months.”   Read full article here:

Now let’s compare these policies with Breastfeeding Rates around the World.

It appears that Maternity Leave Policies have absolutely NOTHING to do with Breastfeeding Rates.  For example, here are the Top 20 Breastfeeding Countries in the World.  These figures are from WHO and are based on mothers who have exclusively breastfed their babies for 6 months.

Countries with 50% or More Mothers Breastfeeding Exclusively for 6 Months

Now, this was interesting!

Did you notice that 2 of the Countries with NO Maternity Laws in place whatsoever, Papua New Guinea and Lesotho appear on this list!  Swaziland is also not doing too badly either, at 44%.  See how the USA fares below.

Also, most of these countries are names most of us have never heard of – they are what we used to call 3rd world countries, or developing countries if you’re looking for a more politically correct term.

So I had to dig a little deeper to find the answer to my question, which is simply this:

Do countries with great maternity policies in place, have impressive breastfeeding rates?

I discovered that Save the Children puts out a Breastfeeding Policy Scorecard every year for Developed or Industrialised Countries.

So I compared their Policy Scorecard with WHO’s Breastfeeding Stats.  Remember, that WHO’s Stats are based on Mothers who Breastfeed EXCLUSIVELY for 6 months.

Hmm, surprising to see how many Countries with great Breastfeeding Policies in place have disappointingly low Breastfeeding Statistics!

See Countries highlighted in RED on Chart above.

In fact, the only country with super duper parental leave policies that’s also doing well on WHO’s Breastfeeding Stats, is HUNGARY.  Unfortunately, could not find stats on WHO for Estonia and Lithuania. (Serbian Stats – 14%).

Amazingly, FINLAND and the UK have some of the LOWEST breastfeeding rates, at 1%.  (Some reports say the UK are actually only 0.5%).

And, although the USA ranks last on the Breastfeeding Policy Scorecard they, by no means, have the lowest percentage of Mom’s achieving WHO’s minimum requirement of 6 months exclusive breastfeeding.

It’s also encouraging to note that Breastfeeding Rates are on the Rise in the US.

For more information on Maternity Leave in the USA, go to  Leave Advice.