Looking for Natural Ways to Treat Eczema While Pregnant?

When I was pregnant, I couldn’t believe how many irritations I suddenly had to deal with. I knew to expect nausea and I knew to expect discomfort at the end.  But I didn’t realise there would be something bothering me at each stage. That there would be a horrible taste in my mouth.  That I’d have to take antacids for the first time in my life to deal with the heartburn.  That I’d feel oh so tired. Every. Day. By 10 am. Mood swings. Tender breasts. Back pain. Feet swelling up like balloons.  Oh. And let’s throw eczema into the mix. Just for fun.

And then, of course, you’re pregnant, so 99% of the stuff you would normally be able to take to relieve all these nuisances, you can’t take now because no-one knows for sure whether they are safe for pregnant women.  Grrrr.  That’s when you start researching online for natural ways to treat eczema while pregnant.

Developing Eczema During Pregnancy – What You Need to Know 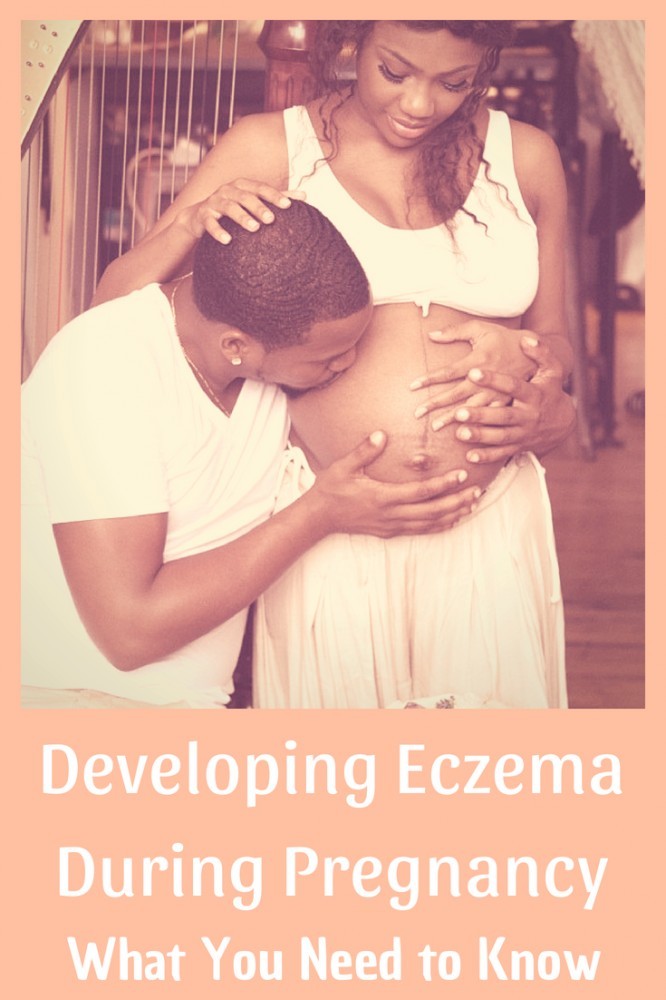 Eczema is a very common skin condition that manifests in itchy red patches on a person’s skin.

According to the National Eczema Association, eczema occurs to over thirty million Americans.

It is most commonly found on the neck, inner elbows, or behind the knees. Eczema is actually a broad term used to refer to various different skin conditions that cause the skin to become itchy, inflamed, and red.

There are several different types of eczema and it can range from mild, moderate to severe. Fortunately, in most cases eczema is very manageable.

Eczema is oftentimes seen as a condition that happens mostly to children. However, this is not the case. Babies and children who have eczema primarily develop it along their neck and face.

However, it can appear anywhere and there is variation in the skin development depending upon the individual. Some children who have eczema as a child, do not have it as an adult. On the other hand, sometimes adults develop eczema later in life even if they did not have it as a child.

The symptoms of eczema also vary according to the individual, but there have been some reported consistencies. The most common complaint is that eczema is very itchy. For some people, this itch is only mildly inconvenient.

However, others report that this itch can be moderate or even extremely inconvenient in their daily life. Those people are oftentimes caught in what can be called an “itch-scratch-cycle”.

This is a case in which the itching becomes so unbearable that the person scratches until they break their skin and begin bleeding.

Eczema is not contagious. The cause of eczema is not clear though researchers believe it is due to a combination of genetics and environmental triggers.

There are currently no cures for the condition in general, but there are many treatments that may alleviate some of the more serious symptoms. Many times, when eczema begins acting up and appearing more often than it had previously, also known as “flaring” it comes down to knowing approximately what may have caused it to begin acting up in the first place.

Some examples of how to intervene when flare-ups do happen are: 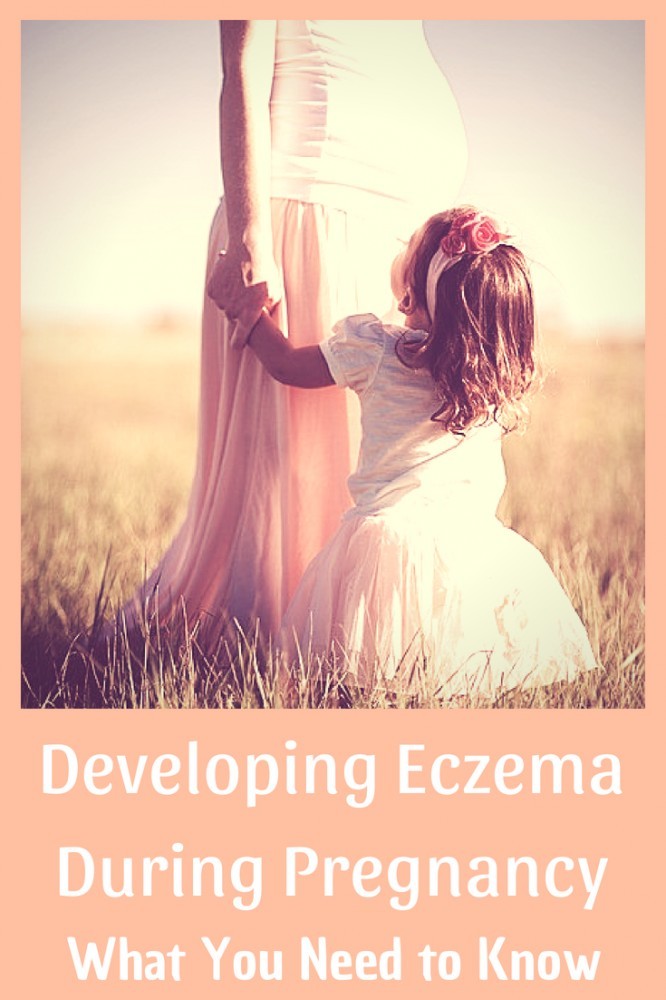 Some women develop eczema during pregnancy for the first time in their lives. Many are confused, as they did not have this condition before becoming pregnant.

Pregnancy triggers many changes in a woman’s body, beyond what is typically experienced as the baby grows and develops. Some symptoms in relation to eczema include:

Pregnancy hormones are primarily the cause of many of these changes according to a recent Healthline article.

Pregnancy induced eczema is one of the most common skin conditions that occur during pregnancy. Eczema is thought to be similarly associated with immune function and immune disorders, so if a woman had grown out of eczema as an adult, there is a chance that upon becoming pregnant she would experience flare ups once again. It is estimated that around twenty to forty percent of women experience eczema flare-ups or develop eczema upon becoming pregnant.

It is important to report any changes that may be noticed in the skin during pregnancy, as a healthcare professional will want to rule out other causes and determine what is happening is not something that will affect the baby.

For that reason, it is important to be able to know the following details:

Generally, it is also recommended that any treatments or medications that have been prescribed prior to developing eczema are also recorded to see if the skin condition is a side effect of prior prescriptions.

Treatment of Eczema During Pregnancy

Treating eczema during pregnancy is not very different from treating eczema in general. There are many topical lotions, ointments, and moisturizers that may be prescribed by a healthcare professional or recommended to be picked up at an over-the-counter pharmacy.

According to the following medications are not recommended to take after developing eczema during pregnancy because of the possible negative effects they may have on the baby:

There are also more natural solutions to treat or control eczema during pregnancy.

Wearing looser fitting clothes that won’t irritate the skin, such as cotton made products, are also recommended. Clothing that is made of wool or hemp may contribute to the irritation of the skin.

Managing stress, getting the recommended amount of sleep every night, and maintaining a healthy diet are also recommended to reduce the change of emotionally based eczema flare-ups.

By working with experienced doctors or medical professionals, eczema during pregnancy can be easily managed and contained through a personal healthcare plan.

Pregnancy Health is a resource website offering free information to soon to be mothers.

Over to You Moms

Are you sailing through pregnancy without a bother in the world? Or have you been plagued with different afflictions weekly?  We’d love to hear your pregnancy story in the comments below.  And please let us know if you try out these natural solutions and find some relief.