If you would have told me that I would still be breastfeeding my son at 5 years old I wouldn’t have believed you. In fact, I would have laughed and brushed you off as crazy.

And yet here we are.

I suppose I shouldn’t be surprised. If I’ve learned anything along my parenting (and life) journey, it’s that you never know what’s going to happen. 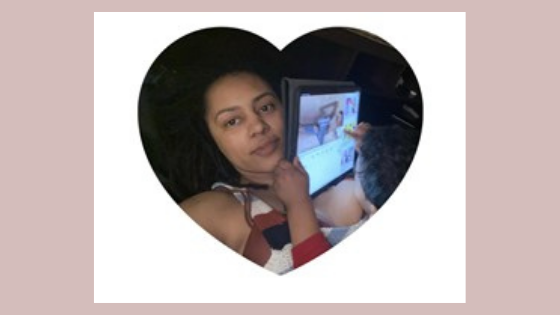 I was 21 when I had my first child. I took a brief break from cosmetology school to give birth. 8 weeks later I returned to school swollen, emotional and exhausted.

Maintaining breastfeeding was difficult. It didn’t help that I was completely unaware of the immense benefits.

I had no idea that your breast milk adapts to fit the child’s needs, or that the milk has different components in the morning versus at night.

I was completely unaware that the baby’s saliva goes into your milk ducts, and when the baby is sick your body creates antibodies specifically tailored for your child- things formula simply can’t do.

So like many other mothers, especially young moms, I gave up breastfeeding early. My daughter was 3 weeks old.

There aren’t many choices I regret, but stopping breastfeeding so early is definitely one.

Related:  My one Breastfeeding Regret

Despite being the team mom for her cheer team, volunteering in her classroom and spending afternoons in bookstores, I had mom guilt.

She seemed to get sick so easily and I always wondered if it was due to the lack of breastmilk. So, 9 years later, when I got pregnant again, I was determined to breastfeed for a year. 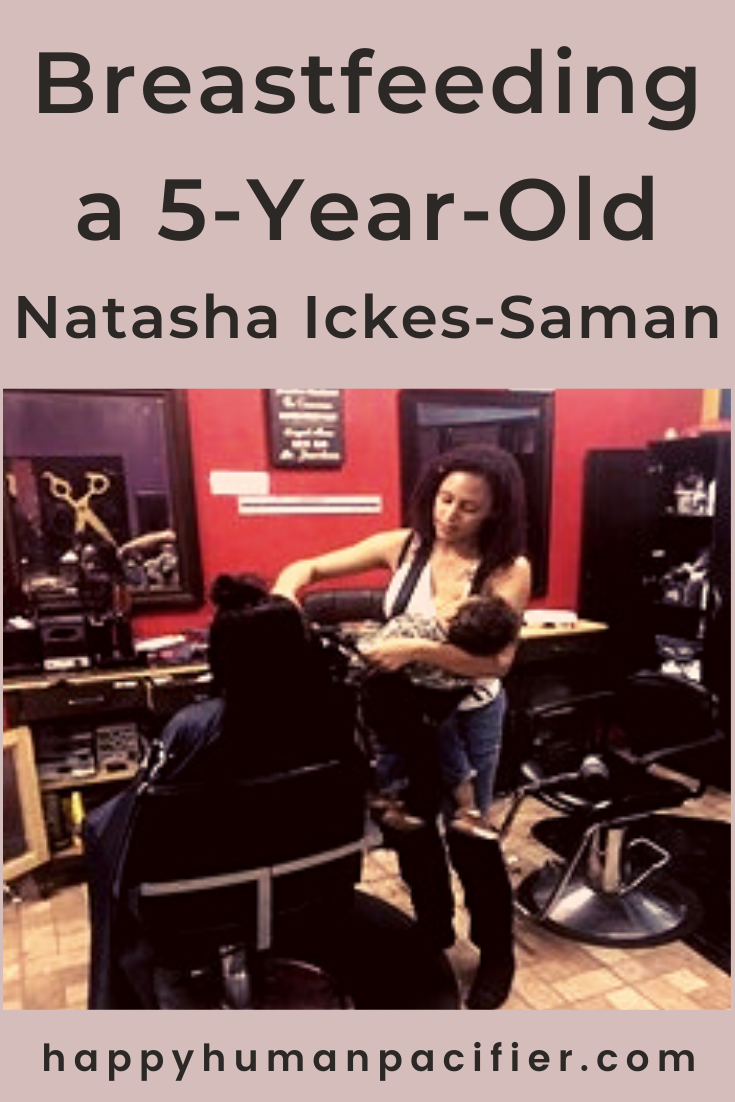 I own a hair salon so I set up a swing set in the corner and brought him in every day. Things went well from the beginning. He latched on fairly easily and working with him was a breeze.

We quickly got a system down. I strapped him into a carrier and held him for hours, breastfeeding when he was hungry or cranky, all while working directly on clients. They got a kick out of getting colour and extensions by a mom actively breastfeeding.

Ironically he only drank from the left breast due to the way I had to position him to be able to work. I was proud of how I made it work and grateful for the bond we developed.

As with most breastfeeding moms, I was his human pacifier.

We travelled a lot as a family. We were on a plane 1-2 times a month for my daughters cheer competitions. In an effort not to bother the other passengers we booked red-eye flights and I breastfed the entire time. He never had a tantrum.

I kept assuming he would stop breastfeeding naturally. It didn’t happen. I told myself (and everyone else) that for sure he would stop by age 3. Then 4. Then 5.

And that’s where we are now. I have heard all the negative comments you can imagine. I also have had tons of support.

Despite it being an unconventional choice it is mine alone to make. Thankfully he seems to be weaning naturally, finally. 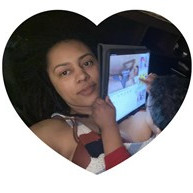 What I learned from 2 drastically different breastfeeding experiences is to never judge. I have an amazing bond with both children and they are both happy and healthy.

The truth is each mother, child and journey are different.

While I am a strong proponent for breastfeeding, I would never shame another mom for her choice.

Gandhi said,  “The only way to live is to let others live.”

The most important choice is the one to raise a child with love.

Despite the long hours at work in her hair salon, Natasha has found a way to be there for her children, by bringing them into work with her. She believes in the benefits of long-term breastfeeding and has managed to nurse her son for over 5 years.

Catch our full interview with Natasha Ickes-Saman on Inspiring Mompreneurs

Get Natasha’s Bestselling Book on Amazon:

Overcoming: A Journey From Pain to Peace, Purpose and Power *

*This is an affiliate link. Should you click on this link and make a purchase on Amazon, I will earn an affiliate commission.